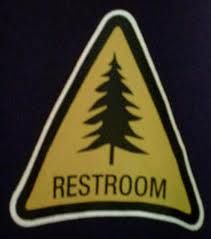 These are an otherwise unrelated group of carbohydrates that have a short chain length and can be fermented in the small intestine or colon and are thought to contribute to IBS in many individuals.

Short chain length is important to mention, as this is what makes these carbohydrates so readily fermented by the microbiome living within our gut. What happens when we have fermentation in the gut? Well, mostly gas, so you might start farting up a storm, but other, less amusing things happen too…

What I would suggest is that FODMAPs are mostly a component in foods that lead to gastrointestinal discomfort, whether it be diarrhea or bloating, both; these are totally not good for an ultrarunner (or anyone with a sensitive stomach).

So what causes GI issues? Well if you subscribe to the theories presented by researchers using low-FODMAP diets to treat patients, the etiology behind many of these GI issues is related the nervous system within the gut, known as the enteric nervous system (2,3). Yeah, your intestines have a mind of their own. The nerves that innervate the small and large intestine sense a variety of chemical signals as well as function as pressure sensors. Persons with GI issues such as IBS are thought to suffer from over excessive activation of this nervous system (visceral hypersensitivity) which in turn communicates with the brain as well as activates smooth muscle within the intestine itself resulting in diarrhea and/or motility issues.

Yet, in order for the gut to be hypersensitive, we must have some initial insult. This is where FODMAPs and food chemicals are thought to play a role. It is thought that the initial insult in many cases is something known as luminal distension. This can lead to the feeling of pain and bloating, visible swelling of the abdomen, and also motility changes (3). Based on this hypothesis, a dietary intervention has been recently implemented (mostly in Australia it seems) in order to minimize luminal distension.

Luminal distension is though to be the result of mostly gas and fluid build up in the large intestine. Gas is mostly a product of excessive fermentation in the colon and possibly the distal small intestine if the person has overgrowth of colonic bacteria (3). The majority of fluids are normally absorbed in the small intestine so that the feces is not too watery. However, an excessive concentration of these small molecules results in poor absorption during transit through the small intestine; then they will pull water with them into the colon, resulting in luminal distension, even in normally healthy persons without hypersensitivity (3, 4).

How to FODMAPs play into this all? Well, diets high in FODMAPs provide large amounts of fermentable molecules to hungry bacteria in the colon and/or result in excessive fluid being pulled into the colon due to the osmotic influence of unabsorbed molecules such as polyols (3, 5). In order to describe diets that are high or low in FODMAPs, foods have been analyzed and categorized for the various FODMAPs they contain (Table 1).

How does one approach this intervention if they feel it might be beneficial for them? Well, I’m not an expert in this field, nor a dietitian, but what I have read suggests removing all FODMAPs from the diet and slowly reintroducing specific groups or foods and seeing if you are hypersensitive to these foods. While some may find that they are sensitive to a wide range of FODMAPs others are only sensitive to a few select molecules. Interestingly, this concept is already in practice and many do not realize it! Hypolactasia (aka lactose intolerance) results in gastrointestinal discomfort including bloating, gas and diarrhea, thus people who suspect they suffer from this condition avoid consuming foods high in lactose. Lactose is an excellent example because it highlights a very important issue concerning regulation of FODMAPs in ones diet: individual sensitivity.

Another case in which this is evident is the absorption pattern of fructose. There seems to be a large range in peoples ability to absorb fructose, probably regulated by a genetic component (6). Furthermore, the concentration of free fructose is the major contributor to fructose malabsorption as its absorption rate is determined by the ratio of glucose:fructose. If fructose is consumed in concert with glucose, for example as sucrose (a disaccharide containing both a molecule of glucose and a molecule of fructose), it is unlikely to cause GI symptoms, however, if one was to consume the same caloric quantity of pure free fructose, they would be more likely to develop GI symptoms.

The short answer: YES. In people with IBS, low FODMAP diets have been shown to be extremely effective in reducing symptoms and discomfort, while re-introduction of FODMAPs usually results in the onset of new symptoms (3). So if you’re a person with IBS this may be a dietary change that you want to consider.

I could have titled this section “Low FODMAP diets for the runs” but that would have been too obvious.

How can a low FODMAP diet be beneficial for you as a runner? Well if you have IBS, the application is pretty clear. Those suffering from gastrointestinal symptoms are found to have changes in mood and fatigue levels after removing FODMAPs from their diets not to mention the fact that IBS induced diarrhea and gastrointestinal inflammation results in poor nutrient absorption and dehydration.

Beyond treating IBS with a low FODMAP diet, to me, the application seems that this dietary pattern may be useful on a day to day basis when thinking about what to have for a snack before a run. I’ve often heard it recommended avoiding foods containing too much fiber before going for a run, while lactose containing products are also often avoided.

You know what I mean

While a low FODMAPs diet does not necessarily eliminate fiber from the pre-run snack, there is considerable benefit to limiting the amount of fermentable carbohydrates from the pre-run snack, both for you and your running partner. Furthermore, foods containing polyols and other osmotically active FODMAPs likely contribute to increased gastric motility, a problem to which runners are particularly susceptible (7).

In my opinion, the most important application of a low FODMAP diet is using this dietary pattern to make food choices the day before and even during a big race. No one likes to deal with gastrointestinal issues while running 50 or 100 miles or a marathon. Racing in particular stands out; people who normally do not have sensitive stomachs may notice an increase in gastrointestinal issues at higher effort levels (8). Furthermore, dehydration due to diarrhea could put ones chances at finishing a race in severe jepordy. I also think most race day (or week) nutrition strategies are also good strategies to implement when preparing for long runs and trying a low FODMAP diet several days before and up to a long run or race has the potential to be very beneficial to runners. I should point out that the typical (although often innappriate) carbohydrate loading process involves eating a massive amount of pasta the night before a race. If you look at table 1 you will notice that consumption of wheat products, especially large amounts, results in a large intake of fructans, thus many runners maybe be giving themselves a large dose of FODMAPs the night before an important race. By avoiding these foods, keeping portion size in mind, and experimenting to find what works for them, some people might find some success with this dietary approach.

Lastly, I should point out that many of the foods described above contain not only FODMAPs but other potentially irritating food components and chemicals such as gluten, salicylates, and allergens such as wheat, soy, milk proteins, amines and glutamates, as well as food additives such as benzoates, sulfites, and nitrates. But seriously, that is an entire new can of worms. Furthermore, gastrointestinal motility is under the control of multiple physiological systems, and can also be stimulated by caffeine and nicotine, something to keep in mind when trying to figure out why you spent 30 minutes hiding behind a tree at your last race.

Low FODMAP diets are rather restrictive and may influence dietary quality depending on an individuals sensitivity. Furthermore, many FODMAPs actually serve as prebiotics, thus by restricting these food components over the long term, one might change their micobiome. If there is a reduction in fiber consumption due to the low FODMAP diet, this may influence ones risk of colorectal cancer and this should be taken into consideration. While this dietary pattern has the potential to significantly improve the quality of life for those suffering from IBS, it may not be appropriate for everyone. It should be kept in mind that this type of diet has application for runners, but that it might not be the overall healthiest way of eating, merely a tool. I think you will start to hear more about this type of diet (if you haven't already) as it makes its way into the USA from Australia and abroad. 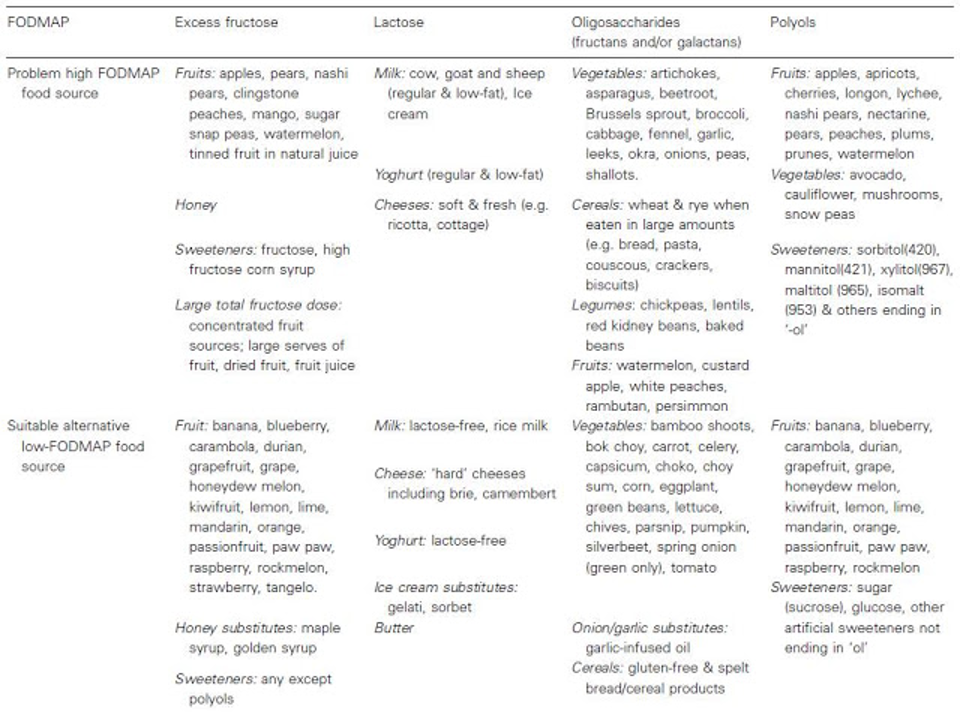