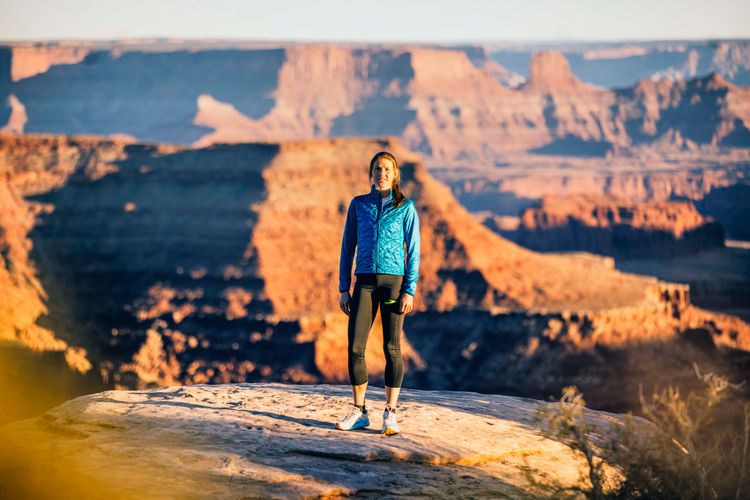 My running journey began as an 800-meter runner at UC-Santa Barbara, where I quickly realized that my spirit was not on the track, but in the mountains. Craving a little adventure and needing to do some self-exploration, I thru-hiked the Appalachian Trail with very little experience. In fact, the warmest article of clothing I packed was my cotton track-suit coupled with a poncho, and I had no idea sleeping pads even existed. However difficult it was, my love for the trails was ignited and has guided my choices since.

My performance at the Bear 100 in 2015 (23:02, 7th fastest time in history) triggered a competitive side in a sport I had previously approached fairly casually. In 2016, I upped my volume from twenty miles per week resulting in a season of podiums and a few wins.

In November of 2016, I won Rio Del Lago 100, coming in under the previous 11-year-old course record. After a hard winter of training and dark mornings balanced with a full-time job as a kindergarten teacher, I was rewarded with a successful 2017 season including a win at the Western States 100.